4K Ultra HD is slowly becoming the industry standard, which means all new films and remastered versions of many classics can now be watched on 4K. However, to get the best experience, you’ll need a good 4K Ultra HD Blu-Ray Player.

We have picked out the top Blu-Ray players that support 4K and have explained why each choice is good. All of these Blu-Ray players support the technology needed to get the very best viewing experience, so that includes HDR10, Dolby Atmos audio support, and much more.

All of the Blu-Ray players we list below can also be purchased for up to 12% off through Techscheme. We will explain how it works and how much you could save at the end.

Coming up as the cheapest option in this list, the Sony UBP-X500 has 4K Blu-ray playback capabilities without breaking the bank. This highly rated Blu-Ray player features 4K Ultra HD playback and it can even upscale non 4K discs. HDR10 is also supported on this player, so you’ll get some of the most dynamic range in colours and contrast possible if your TV supports it.

As standard with all of the Blu-Ray players we will showcase, the Sony UBP-X500 features Dolby Atmos, which adds three dimensional sound to the discs you play. You will need to set up a home theatre to get the most out of Dolby Atmos, but even a sound bar can do a surprisingly good job at creating impactful, immersive 3D sound.

Up next we have the upgraded UBP-X700B 4K player. This Blu-Ray and DVD player features the same functionality as mentioned above, alongside some extra capabilities. Those capabilities include catch-up TV and streaming.

Essentially, for an extra £40 over the X500, you get the ability to watch content on catch up apps like BBC iPlayer and My5, and watch streaming services like Netflix, Amazon Video, and even YouTube. You can connect to your local network through WiFi or with an ethernet cable to access these services. If you don’t have a smart TV, purchasing the Sony UBP-X700B could be a great way to kill two birds with one stone.

The same product line returns for our third suggestion, but this time we get a number of features for those that want the very best from Sony. If you have a beautiful display or a great sound system, you may want to purchase this for the improved audio and video available. Otherwise, the X700B is more than worthwhile.

For those willing to pay for the absolute best experience, you’ll be interested to hear that the UBP-X800B features improved Dolby Atmos High-Resolution Audio, a step up from the Dolby Atmos audio offered in the prior DVD players.

Multi room compatibility is also supported on this 4K Blu-Ray player, which means you can set up audio to be streamed around your house. You can download the SongPal app on your smartphone and seamlessly control all audio around your house, so long as you have the DVD players in each room.

All other features from the cheaper models mentioned earlier, such as catch up TV, streaming, HDR and upscaling, are available on the X800B as well.

If you want another great suggestion from a different manufacturer, you could consider the Panasonic UB820. This 4K player can play 4K Blu-Ray discs and DVDs, it supports Dolby Vision, and High-Resolution Audio.

Just like the last two Sony options, the Panasonic UB820 also has streaming capabilities - you can watch BBC iPlayer, Netflix, Prime Video, and browse YouTube. You can even access a web browser.

The Panasonic UB820 also uses something called the HCX picture processor. According to Panasonic, this helps to boost colour, black level, and brightness. It’s perfect for improving the visual quality on OLED TVs. If you have an OLED display then this is certainly an alternative option worth considering. On top of that, you also get HDR10+, an upgraded version to standard HDR 10 for even better dynamic range. This helps to add detail and colour to the brightest scenes and better contrast to darker scenes.

You also get HLG (Hybrid Log Gamma) - this is a technology that helps any TV take the data from your Blu-Ray and present it in a way on your TV that represents the original recording as accurately as possible. Essentially, it’s a great feature that works on all TVs to enhance what you get to see on-screen. Unlike something like HDR10+, you do not need a TV that supports HLG to make the most of it.

Want to know how much these Blu-Ray players could cost when you save through Techscheme? Take a look at the table below.
If you’re new to Techscheme, find out how you can save up to 12% on new technology here.
audio tv sound-bar hd 4k screen-size

Tips for buying the right laptop for university

10 things you need to know about your phone 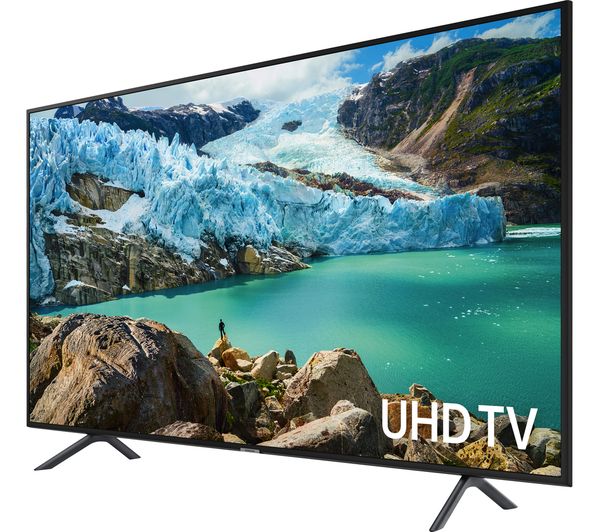 Freestanding vs Built-in ovens – what's the difference and which should I get?

Which suits you best, smartwatch or fitness tracker?

More Technology posts
✖
I'm an employee Employee I'm an employer Employer
Techscheme is the benefit no one can match. Attract, engage and retain the best talent.
How it works Register now